This is the second post for my two part series on myth. This post focuses on Nietzsche’s understanding of myth and its necessary role in religion.

Like Merleau-Ponty and Tolkien, Nietzsche situates myth in the human condition. He sees myth as a kind of narrative, which has themes, characters, and events that relate to the human. A culture can take a hold of these elements, make them part of its identity, and become unified as a community. But unlike Tolkien, myth, for Nietzsche, is only human. It is not something ‘bigger than ourselves’ but something part of ourselves and yet renews our spirits.

Our modern age, however, has given up its belief in myth and instead looks to establish religion on systematic and historical grounds. Nietzsche explains in The Birth of Tragedy:

For this is usually how religions die. It happens when the mythical presuppositions of a religion become systematized as a finished sum of historical events under the severe, intellectual gaze of orthodox dogmatism, and people begin to defend anxiously the credibility of the myths while resisting every natural tendency within them to go on living and to throw out new shoots – in other words, when the feeling for myth dies and is replaced by the claim of religion to have historical foundations.[ref]Friedrich Nietzsche, The Birth of Tragedy in The Birth of Tragedy and Other Writing, ed. Raymond Geuss and Ronald Speirs, trans. Ronald Speirs (Cambridge: Cambridge University Press, 1999), Section 10, pp. 53-54.[/ref]

When the feeling for myth dies, people turn to systems and facts in an attempt to carry on their religion. But a religion without myth, according to Nietzsche, is doomed, for it is the spirit of myth that breathes life into religion. In fact, myth is necessary for religion; it is “the necessary precondition of every religion.”[ref]Ibid., Section 18, p. 87.[/ref]

Nietzsche laments this loss of myth and believes that it causes the destruction of true human community. He writes, “Without myth . . . all cultures lose their healthy, creative, natural energy; only a horizon surrounded by myths encloses and unifies a cultural movement.”[ref]Ibid., Section 23, p. 108.[/ref] Cultures lack creativity and vitality when myth has vanished, and it is only through myth that a culture can be united through the common themes and miracles of that myth. This loss leads to homelessness where people can no longer identify with a place of belonging. Nietzsche asks, “The enormous historical need of dissatisfied modern culture, the accumulation of countless other cultures, the consuming desire for knowledge – what does all this point to, if not to the loss of myth, loss of a mythical home, a mythical maternal womb?”[ref]Ibid., Section 23, p. 109.[/ref]

Not only does Nietzsche affirm the need for myth through his philosophical writings, but also he creates a new myth, Thus Spake Zarathustra. In this philosophical novel, the character Zarathustra wanders about giving speeches to those that he meets. By spreading his message, Zarathustra hopes to encourage these creatures to accept both the pleasurable as well as the painful parts to life – to affirm life no matter what.

A crucial part of myth, both old and new, is the notion of miracle (German:Wunder). Surprisingly, Nietzsche discusses “miracle” often in his writings and the majority of those discussions are positive. He argues that miracle is indispensable to myth. In speaking of the miracle in myth as seen in art, he writes, “This will enable [the art participant] to estimate the extent to which he is at all equipped to understand myth, the contracted image of the world, which, as abbreviation of appearances, cannot dispense with miracle.”[ref]Ibid., Section 23, p. 108, italics mine and his.[/ref]

What kind of miracles is Nietzsche talking about? Rejecting the so-called miracles of morality, where someone “miraculously” goes from a bad person to a good person, Nietzsche is talking about the miracle of self-affirmation. Through the experience of myth, one is able to both see and perform the miracle of accepting one’s self and the events of one’s life. “Love fate!” Nietzsche says, “Love the events of your life and be willing to live them over and over again!” The ability to love one’s life in this way is the true miracle. Myth provides the medium through which we can miraculously love our lives – no matter what has happened or will happen.

Maurice Merleau-Ponty discusses the purpose of myth in his Phenomenology of Perception:

[M]yth is a projection of existence and an expression of the human condition. But understanding the myth does not mean believing in it, and if all myths are true, this is insofar as they can be put back into a phenomenology of spirit that indicates their function in the emergence of self-consciousness and that ultimately grounds their proper sense upon the sense they have for the philosopher.[ref]Maurice Merleau-Ponty, Phenomenology of Perception, trans. Donald A. Landes (London: Routledge, 2012), 306[/ref]

There is truth in myth, Merleau-Ponty argues, but it is not found in establishing the historical validity of the myth. A myth is true when it illustrates something true about the human condition, when it represents the true spirit of the human consciousness seeking to understand the world. He often uses the word “magical” in describing how a human puts together the facts or sensations of the world to establish a cohesive whole. There is a magical or mythical element to the way we are in touch with the world.

Tolkien, author of the great mythical stories found in The Hobbit and The Lord of the Rings, also believes in the truth of myths. Before his creation of middle earth, Tolkien is first famous for his work on the myth of Beowolf. In a lecture on Beowulf, Tolkien gives an analogy of a man who built a tower from old stone only for it later to be mocked and torn down. But, before it was destroyed, the man who built it had been able to climb the tower and “look out upon the sea.”[ref]J.R.R. Tolkien, a lecture to the British Academy in 1936 in Essays, pp. 7-8, quoted in T.A. Shippey, J.R.R. Tolkien: Author of the Century (Boston: Houghton Mifflin Company, 2000), 162.[/ref] (See the picture above of the beautiful sea at Muriwai Beach on the North Island of New Zealand.) Tolkien relates this to Beowulf, who built a tower, his poem, only for it later to be criticized so severely. And yet, the building of the tower was not in vain as the man was still able to look out at the sea.

This is the benefit of the myth: the opportunity to look upon something great. Those who write myths are part of pointing us toward something great. Tolkien writes in his poem, “Mythopoeia”: “Blessed are the legend-makers with their rhyme, of things not found within recorded time.”[ref]Tolkien, “Mythopoeia,” in Tree and Leaf, including the Poem Mythopoeia (Boston: Houghton Mifflin Company, 1988), 144, quoted in Bradley Birzer, J.R.R. Tolkien’s Sanctifying Myth: Understanding Middle-earth (Wilmington: ISI Books, 2003), xxi.[/ref]

The blessing of “looking out upon the sea” is like the blessing of looking upon truth. Myth reveals parts of our world to us and the way humans interact with the world. Tolkien believes that the best myths and fairy stories will provide the reader with euchatastrophe, unexpected joy. This will all the more take place when we encounter the greatest true myth, the incarnation of Christ. For Tolkien, the God-becoming-man myth is the key to understanding the human condition; this myth is where, according to Tolkien, “Legend and History have met and fused.”[ref]Tolkien, “On Fairy Stories,” in Christopher Tolkien, ed., The Monsters and the Critics and Other Essays, 109, quoted in Birzer, J.R.R. Tolkien’s Sanctifying Myth, 40.[/ref] When the man looks out at sea, Tolkien may be imagining him facing this incredible, infinite Truth of redemption. He may be thinking of the Psalmist who writes how such truth is greater than the ocean and deeper than the sea.[ref]See Psalm 36:5-7: “Your love, O Lord, reaches to the heavens, your faithfulness to the skies. Your righteousness is like the mighty mountains, your justice like the great deep . . . How priceless is your unfailing love!”[/ref]

Although Merleau-Ponty would not see redemption as part of the truth of myth, he, along with Tolkien, believe in the mythical element in the human condition. From his approach, Merleau-Ponty finds that pure objective thought does not account for the real way that humans live in the world. For example, humans live in what he calls a “mythical space.”[ref]Merleau-Ponty, Phenomenology of Perception, 298[/ref]. This is why we can physically be in one place but that place “not necessarily [be] the landscape of our life.” He continues, “I can ‘be elsewhere’ while remaining here and if I am kept far from what I love, I feel far from the center of real life.”[ref]Ibid., 299.[/ref]. Homesickness, for example, is a way for us to be dwelling in the mythical space of our home while being physically somewhere else. Anyone who has been in love or has observed someone in love has seen that while that person may be in one location, perhaps even doing something enjoyable, he or she is not fully engaged because of the desire to be with his or her lover. Even dreams, as Merleau-Ponty points out, demonstrate the way that humans have a connection to the mythical. We escape to the myth in our sleep.

These mythical elements of the human experience are not peripheral, but integral to the very way we interact with the world. We approach objects, not as mere appearances, but as actual essences, because we believe, somehow, that there is a sense or meaning to all things. The world of myth invades are world of perception. Merleau-Ponty writes, “The myth fits the essence into the appearance; the mythical phenomenon is not a representation, but a genuine presence.”[ref]Ibid., 303.[/ref]. We experience objects as having a mythical presence, react according to that presence, and create our lived space in this world.

In summary, Tolkien finds mythical element in the human condition because it reveals our pursuit of truth. Ultimately, our love for myth, he argues, will drive us toward the highest form of truth, a religious form of truth. (We will find a similar notion, although not in accordance with the Christian religion, when we turn to Nietzsche’s notion of myth in the next post.) In a different way, Merleau-Ponty finds the mythical element in the human condition to explain the way we interact with the world. We are not mechanical, calculating robots but experience places and people according to mythical relationships. Both are revealing the integral part myth plays in the human. 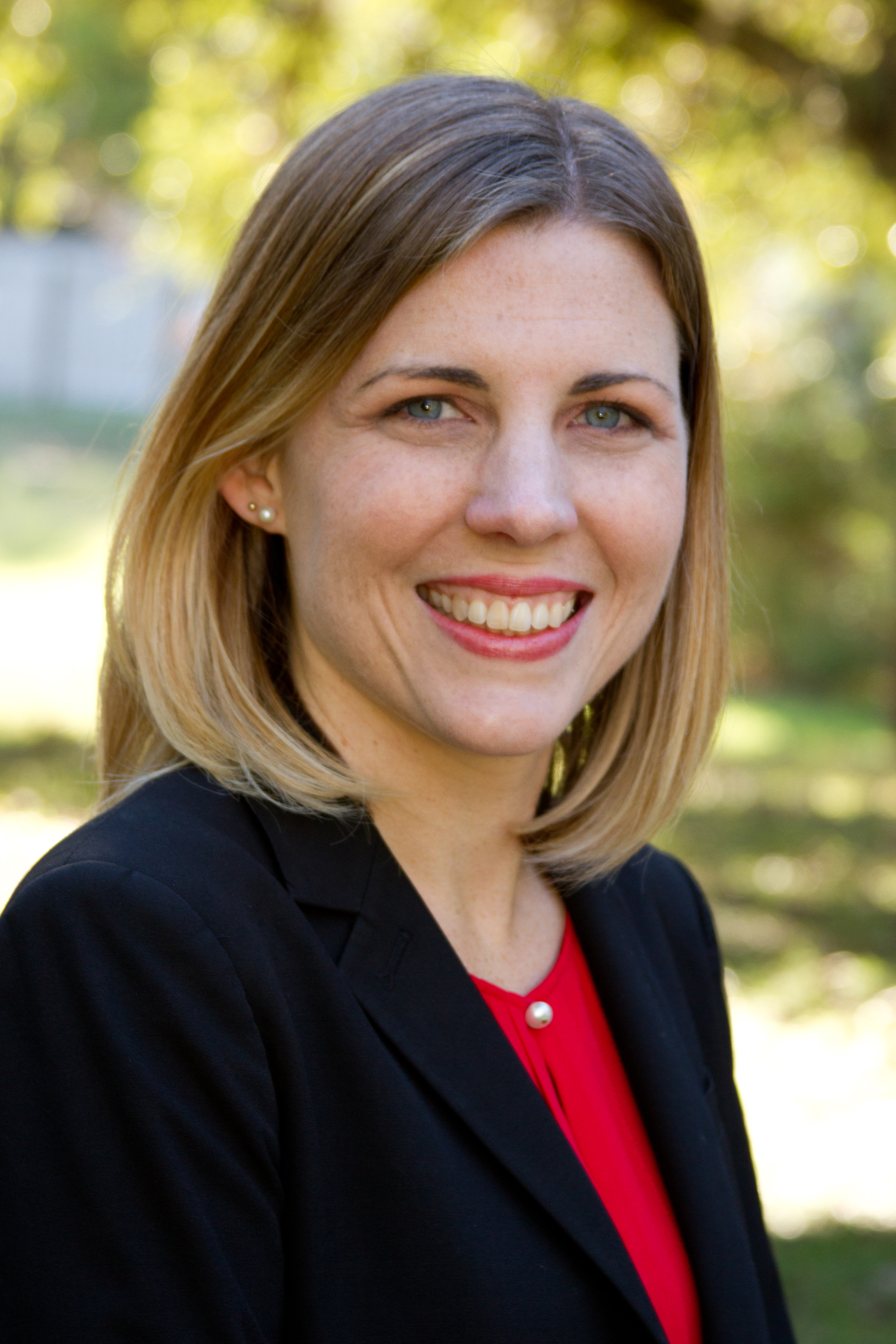